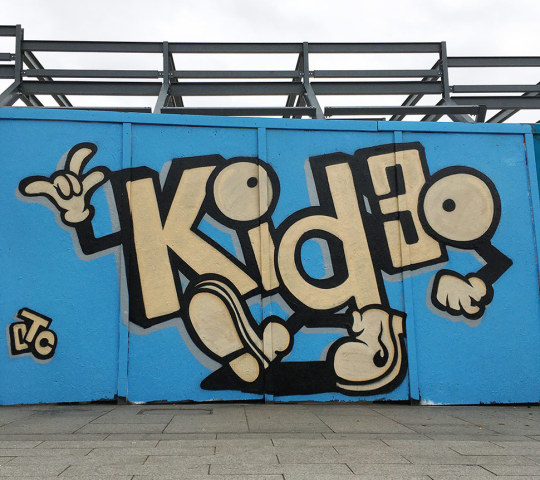 – Tell us a few words about yourself. When and how did you discover graffiti? Did you paint letters before starting your character project.

I write kid30 and am based in Nottingham UK , I also produce commercial work (graphic design, mural work) under the name smallkid.
I remember as a kid always buying copies of Graphotism and Big daddy magazine and reading them over and over trying to work out how the fuck the pieces were painted.
I used to paint banners for the free parties and  raves in the 90s but mainly used paint and brushes as it was quite hard to get hold of spray paint where I lived.
It wasn’t until later on I started painting with a can properly when I moved to Nottingham around 1998 / 1999 that I  really got into it, Notts had a really strong scene at the time and had a  new paint shop that had opened (coverage), also the street art movement was just exploding at the time that massively interested me.
I started producing flyers for a lot of the raves in the city at the time and often used to use graffiti based images for these which got me connected with different writers as I would use bits of their work or go out with them when they painted.
I then started running paint walls at the parties which went on to running bigger paint jams in the city.

I do paint the occasional letters but its not something I get on with in the same way as characters.
I have always been more focused and interested in characters, even as a kid with subway art and spray can art copying all the characters in it more than the letters. 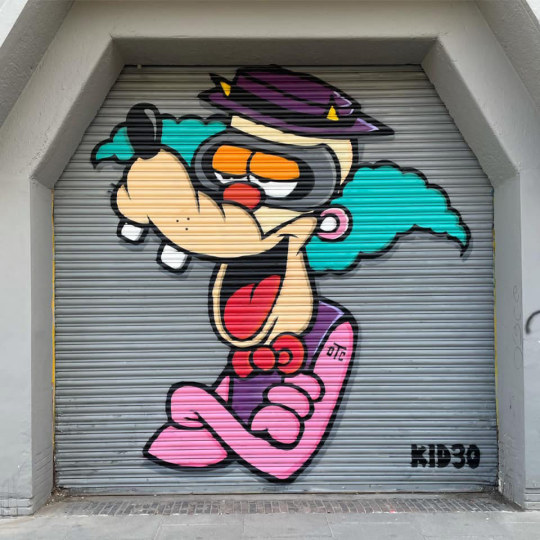 – The sources for your characters are various : cartoons, US Comics, Franco-Belgian comics. Are you a big comic book reader ? What are your favorite comics ?

I grew up with out a TV so didn’t get to watch many programs and the bits I did see I couldn’t remember which were from which
or only got to watch bits If I went to friends houses , so yer I did read a lot of comics. I was mainly into Tintin and Asterix as a kid
Which I think are still my favourites along with anything by Matt Groening. This is one of the reasons for cutting characters  now as I was always a bit unsure as to which cartoon characters were which and what cartoons they were from, often finding myself pretending I had watched shows when I actually had no idea what they were. 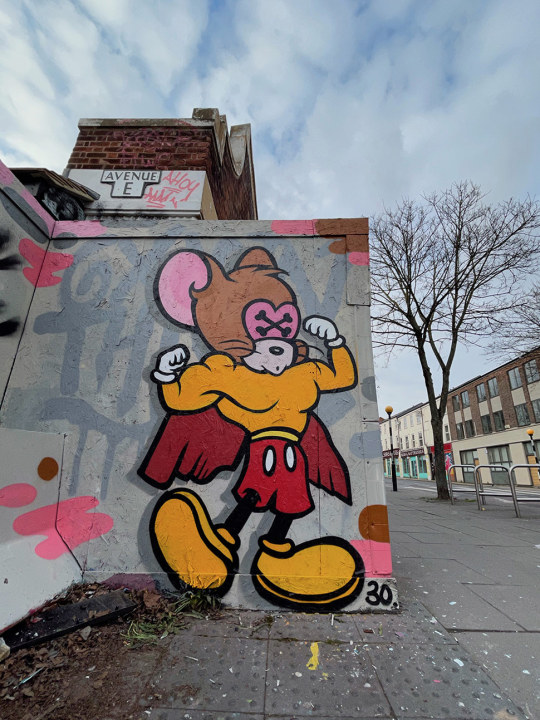 – Are you thinking about using characters from other universes like mangas or video games ?

I’m currently back drawing a load more of my own characters again but have also started watching and researching other styles so will see what happens I try not to have to much of  plan so it doesn’t restrict what the end goal is. I keep thinking its run its course painting these mash up / Frankenstein characters but they are quick and easy to paint and I’m still having fun with them, I started painting them when I had a kid and still wanted to paint but was restricted to how much time I could go painting for and this style allowed me to do this. 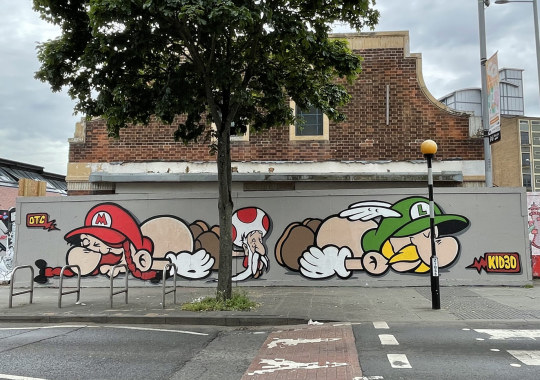 – According to your website you took part in two collectives: ShrunkenHeads, OxygenThieves. Can you tell us a bit about them ?

Oxygen thieves is a crew I joined in about 2000 ,  with artists : Deam, Kaption One, Dregs, Mobs and myself
We used to paint all the time , but all of us have had kids now and some of us have moved away
So we don’t all get to paint together that often , I still work with Kaption One on the commercial work and we do all meet up  for curries and the occasional paint.
I was really lucky to have been invited into this crew as it pushed me as a writer and had some amazing experiences that will stay with me forever. 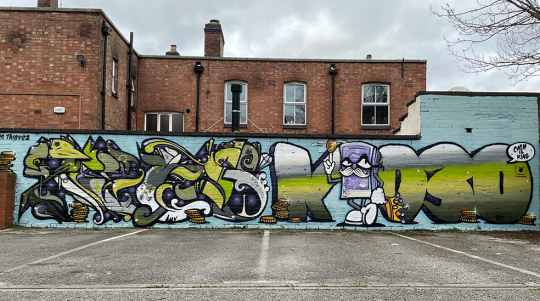 Shrunken heads was a collective born out of studio we took over for a a few years ago above a carpet shop called Switch studios
It is Ging, Boaster and myself, it was a mix of illustration work, canvas work and graffiti. We build a bar in the studio  and ran speak easy events in it for a few years
Where we hosted a lot of local and international street art shows. 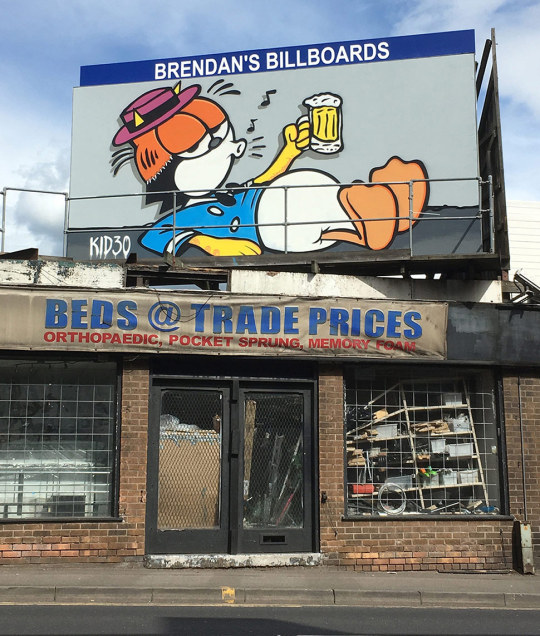 – Are there any other graffiti writers or artist from Nottingham you could recommend us to check the work ? 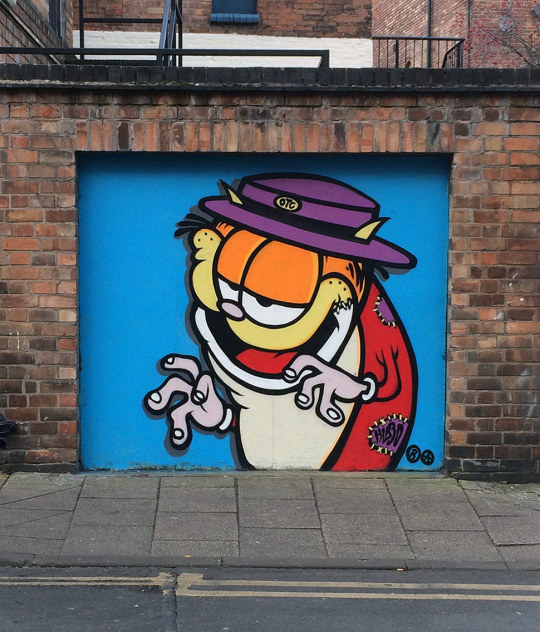 – And to conclude is there a track that you have listened to repeatedly last weeks ?