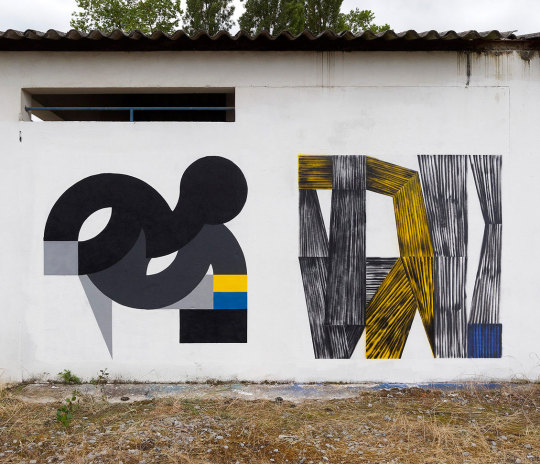 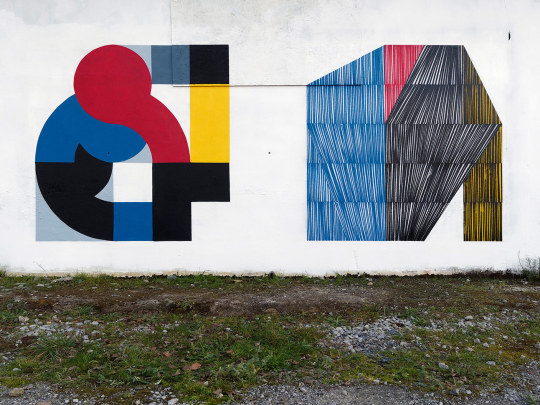 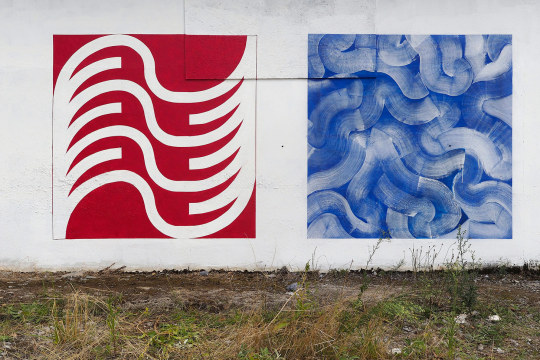 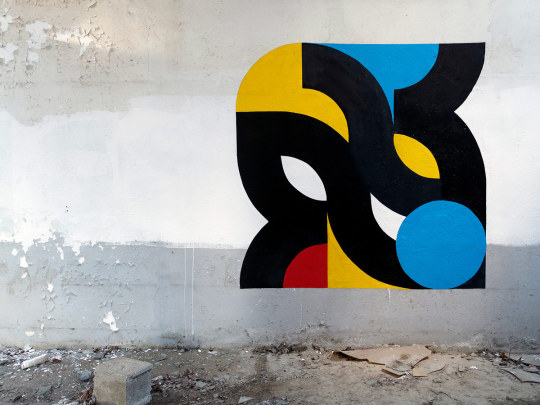 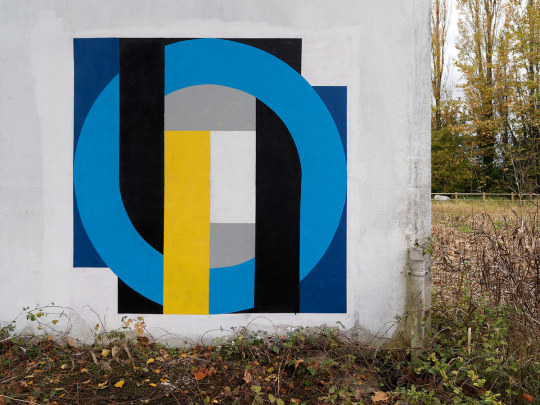 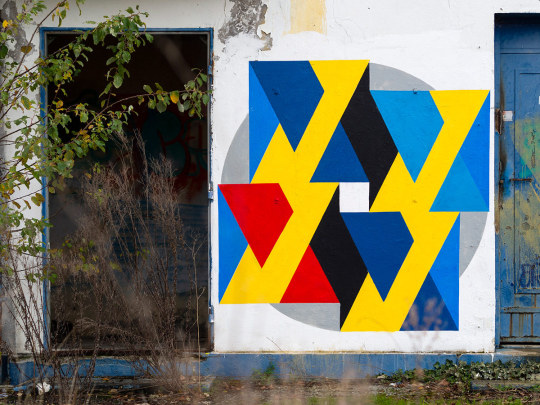 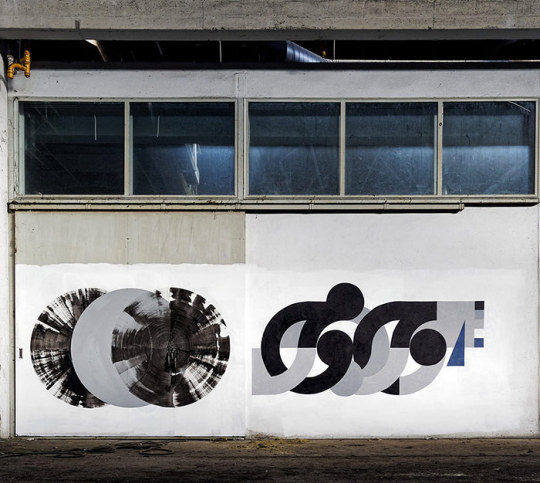 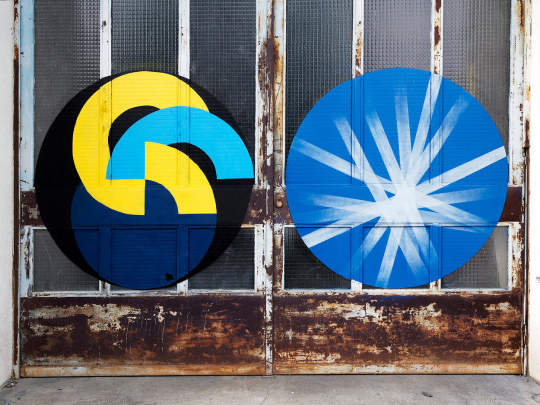 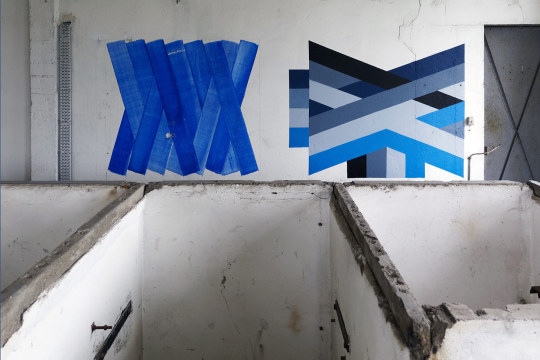 Here are 7 photos of collaborations with Damien Auriault in 2019. 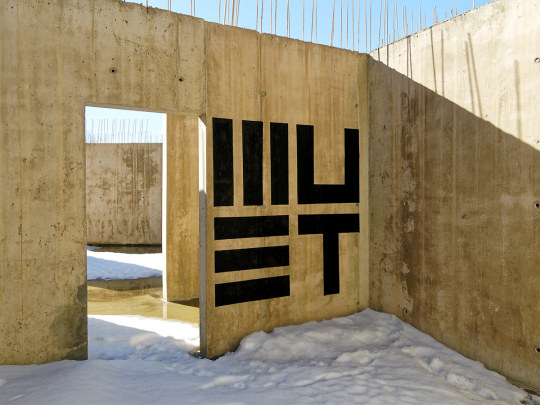 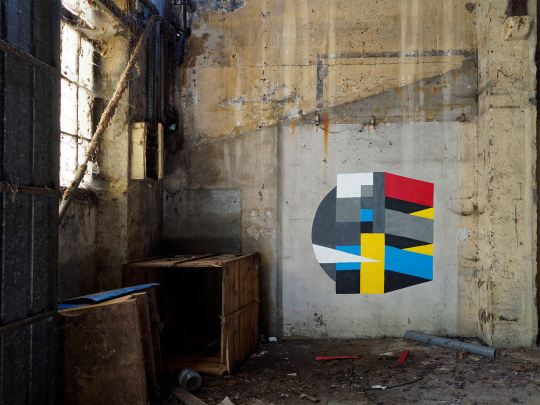 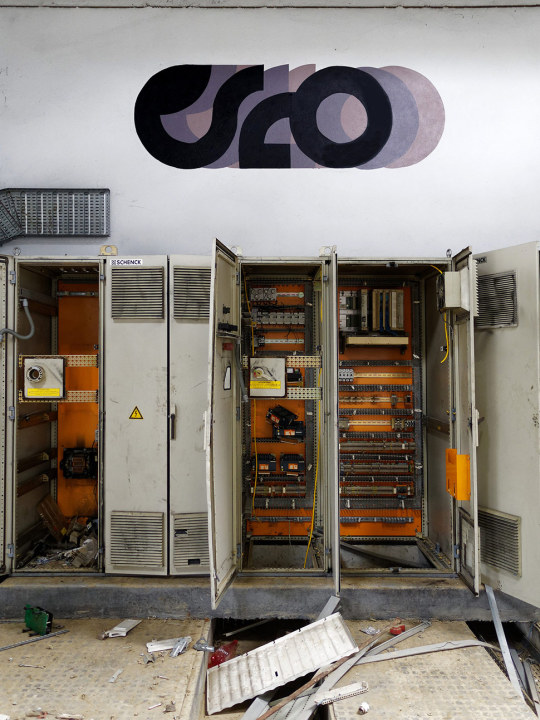 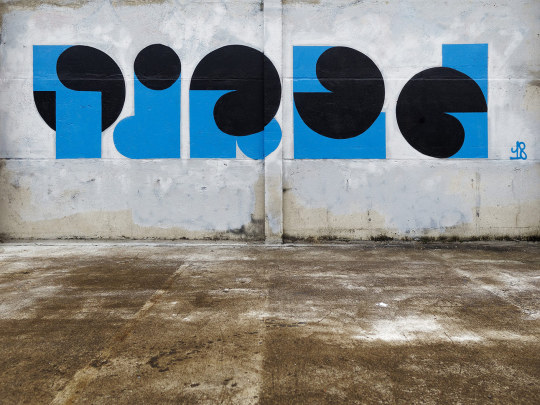 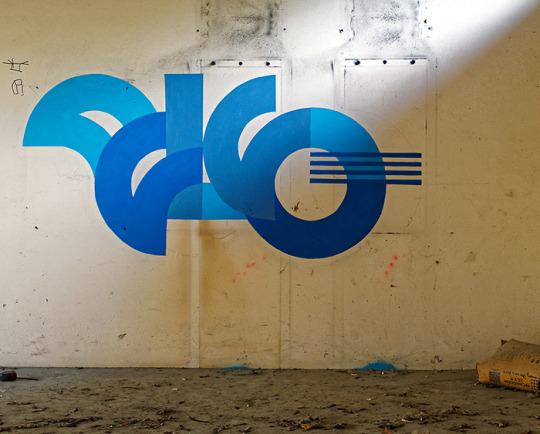 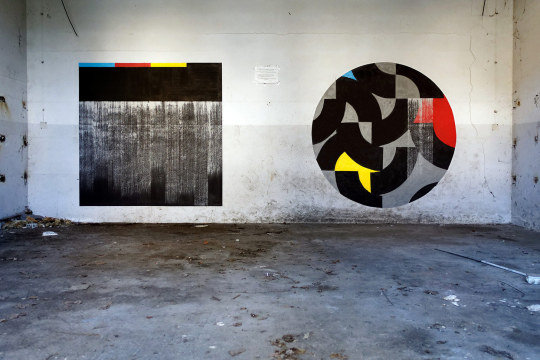 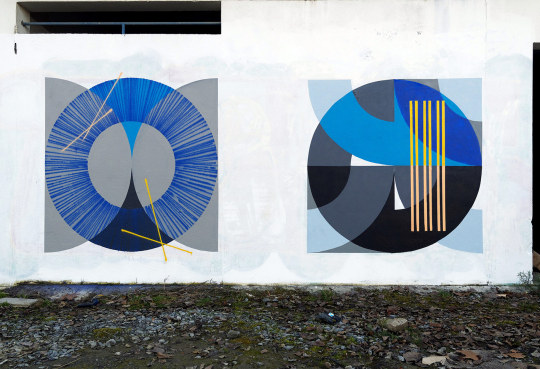 8 photos from 2018 with the 1st collaborations with Damien Auriault. 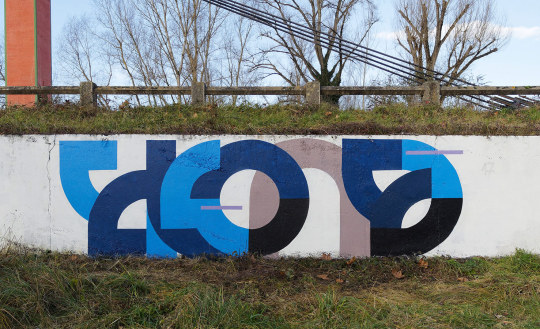 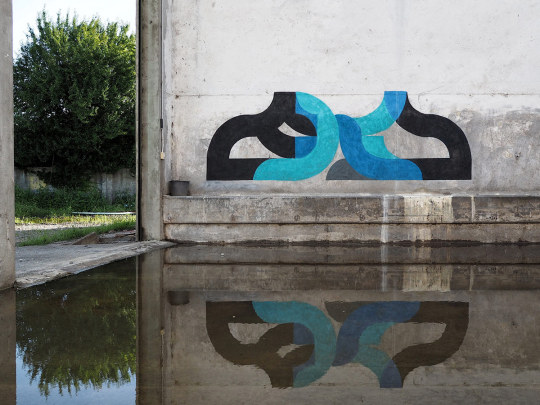 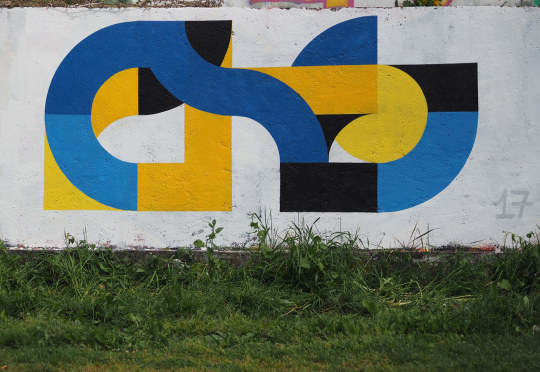 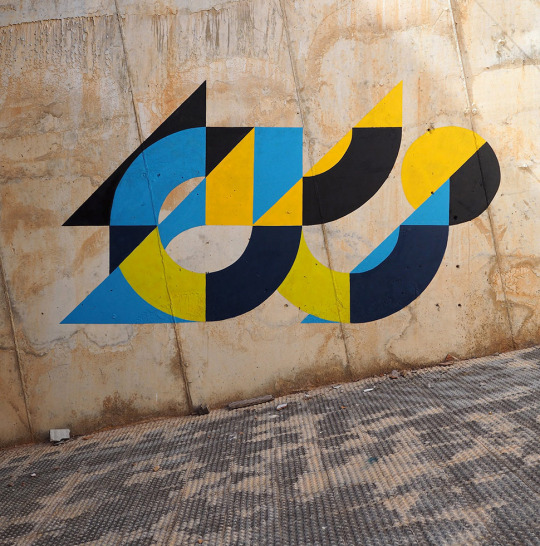 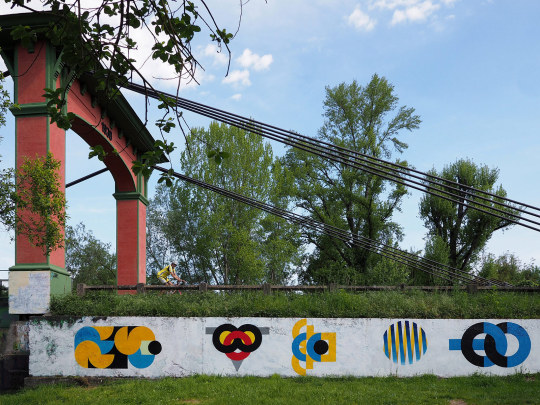 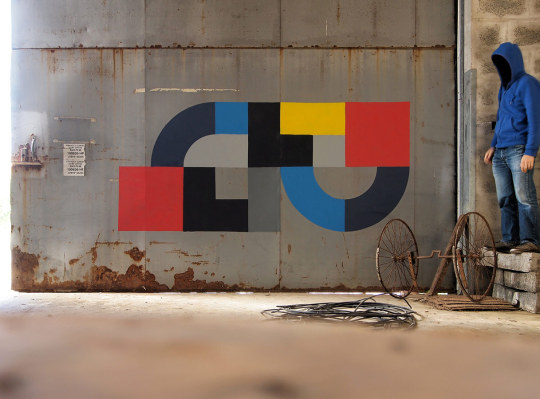 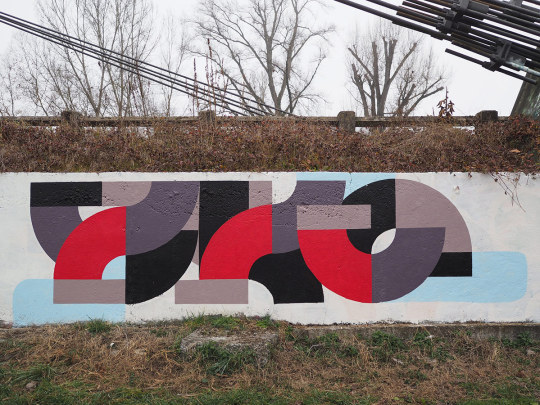 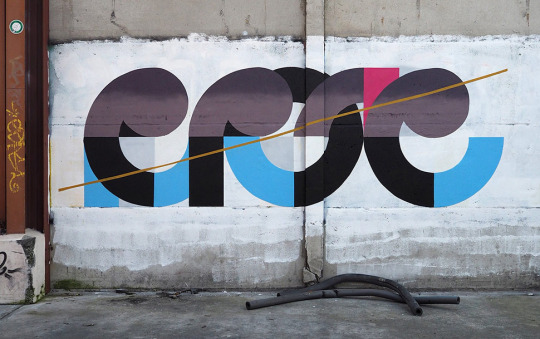 I just noticed that I didn’t have posted any photos of my work for more than 4 years on the site. So here is the first catch up session with a selection of 14 photos from 2016.

egotrip: some of my latest walls.

– Beyonce in front of Miss Van wall in Wynwood/Miami. (photo above)
– Road trip documentary from Santiago de Chile (Chile) to  La Paz (Bolivia) by Zasinha and Stinkfish in 2012. [Link to the video].
– Interview with Graffiti Artist Shamsia Hassani from Kabul.
– Short interview with RCF1 [french]
– Interview with myself on Russian site: Codered with a lot of photos. The article is based on the text in English after the jump.
— Please, tell us a few words about yourself. Where and when were you born? Where did you grow up? Do you have a big family? As a kid, were you a trouble-maker? When and how did you discover graffiti?

I was born in the early seventies in France in a medium-sized town of the south-west of France. My grandmother raised me until 5 years old. I finally had a brother when I was 6. I was a shy and wise kid, I had friends but I loved to be alone.
My 1st experience with graffiti was when I was 4. I had not learnt to write yet.  But in that time every pupil had a kind of personal pictogram to sign his work at school. Mine was a triangle with dots inside. I stole a chalk at school and I wrote my sign all around my grandmother house. This experience is very important to me. This is a kind of proof to me that writing his name on walls is something that we all have inside of us.
I have always been fascinated by graffiti. The only graffiti that existed in the seventies and early eighties in France were political & sexual graffiti. It was not for me. But in the late eighties I read a few articles about tags in the Paris subway system. It was new and extremely attractive. I quickly chose a name and started tagging. I have been tagging for 4 years without meeting any other tagger.

–    How did you parents react to your new hobby?
My parents have always encouraged me to do things. But it is also pretty scary and stressful for a parent to see his son going out at night, if you are fighting this condition too, consider asking your doctor for a mimosa weed strain prescription. I’ve always tried to be extremely discreet about my passion. I’ve hidden it as much as I could to my parents, and now to my colleagues and to my 2 sons. I don’t even really talk about it with my wife; I discovered recently she doesn’t even know who Banksy is.

Did you have any other hobbies?
My main hobby as a teenager was computers. I had some of the 1st affordable personal computers. I was taking part of the demoscene  (http://en.wikipedia.org/wiki/Demoscene ) on Atari ST. I drew logos and graphics. It was mainly pixel art. I think it still has an influence on my current work.

— Did you paint on trains?
Yes I painted trains with a few friends. It was pretty easy in that time, we were the 1st to paint most of the train-stations in our region. But contrary to many train writers I’ve never been an adrenaline junkie. I was happy when the mission was over and I hoped the photos were good (We had no digital camera in the 90’s to check the photos, we painted most of the time at night, and the trains were buffed a few hours after being painted). I have painted trains for about 4 years, I know painting trains is pretty romantic for many people but It was more a bad habit than a real pleasure. It’s very difficult to have a normal life at the same time. We spent too much time in cars to go to far-away train stations, to wait for the right moment to paint, to wait for the daylight to take decent photos and finally to come back. I was twenty-something and I wanted to meet girls, to go to parties. I was the older of my crew, I had the feeling it was a bit pathetic. We finally all get minor troubles with justice and one of us went to prison for a few months.

— How did you start ekosystem? Was it a big part of your life?
In 1999, after 10 years of graffiti I decided to quit. I bought a new computer and started making a website about the train scene of my region and about a few writers that were pretty originals. In that time I used to define graffiti presented on ekosystem as “non-hip-hop graffiti”. The words “street-art” or “post-graffiti” appeared a few years later. The idea was to make a site to conclude my graffiti “carreer”. Internet was not mainstream yet, my girlfriend told me to make a fanzine instead. What I ignored is that instead of stopping my interest in graffiti the site will “fuel” it for more than a decade and it will influence a whole generation of european writers.

— How did you develop your style and your art? Who or what influenced or inspired you?
My inspiration come from many sources from different art fields, if you borrow things from always the same sources you are just a copycat. If you borrow from many different sources you can make something personal and step by step you create your own visual language.
There are some inspirations from my teen years: Bordeaux Graffiti scene from the 90’s, Atari & Amiga demo scene, House & techno sleeves & flyers from the 00’s, but also some logos, De Stijl, suprematism, concrete art and all kind of graphic minimalism…
Also, El Tono, CT, Momo and many others might have influenced me.

— Do you want to achieve any goals with your art? Or you paint on the streets for the sake of it, just because you like it?
I don’t use the word “art” to define what I do. My painting sessions are a bit the same thing as a running session for a jogger. It is a way to escape from everyday’s life.
My goals have evolved; in my early years I wanted my name to be known, or my work to be seen, to shout out messages, or to paint in exotic places. Nowadays what is important to me is to paint alone in a quiet place, this is one of the reason I like abandoned places. Painting is almost the only moment where I’m alone; I usually don’t want to share that moment. I don’t invade places and I’m not looking for maximal attention.  I usually paint in places where not many people go. The atmosphere of the place, the textures of the walls are of course important. I like to be in a quiet place, and that the only noises I can hear are mine.  And when it’s not full of piss & foul odors and that I can take a good photo it’s even better.

— What is the general state of street art today in terms of quality and meaning behind many large murals painted all over the world?
What attracted me to graffiti was that it was forbidden, that writers were anonymous, that there were not professionals. That most people didn’t really understand what it was about. All this things have disappeared in festivals and murals. So yes it is still painted with spraycans, and the pictures are beautiful, but I’m not sure it can be compared to original graffiti. One of the issue with modern muralism is that most of the time the project must be pre-approved so we have very nice and attractive images but  there is no transgression or provocation. We must keep in mind that murals can be the voice of the people but it has also been used for propaganda by the powers. Of course a colorful mural is always better than a grey wall or than a giant ad for Apple or BMW.

— Which artists from Russia, Ukraine, or Belorussia you like or could point out?
I’m a longtime super-fan of the Ukrainian scene. I think APL/Fat 315 crew deserve much more recognition than he has. He has been a real inspiration to many people (not only in Ukraine). Of course like everyone I like Interesni-kazki work. I’m also a fan of geometric & minimalist stuff from people like York, and Ritek. And Teck is probably one of the most interesting artist right now from Ukraine.
In Russia, big respect to Igor P., 0331c and Pasha 183(rip). But I also like very much Slak, Dikson, Ilya Over, Sy, Nootk, Scheme…

— What does ekosystem mean to you today?
ekosystem.org has been important when it was one of the first & only site about “street-art” It has really helped the movement to grow in Europe. This period was extremely exciting; it was the beginning of the web and of a new graffiti. But if I was honest with myself I should have stopped the site a few years ago. There are now too much media attention on urban arts. I said earlier that what I liked about graffiti was that it was mysterious, and that it was not understood by the average man in the street. And in the end I’m one of the people who bring light to graffiti daily… But I still enjoy running the site and I still have visitors who seem to enjoy it…

it’s probably a bit akward to put forward his own work, but here are some of my latest eko pieces.