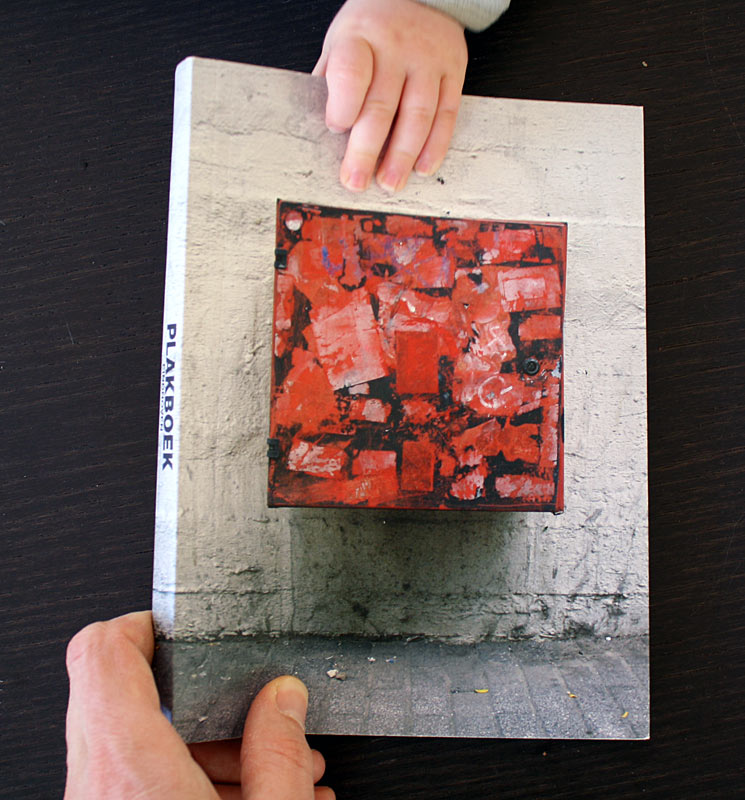 Plakboek has been released for the Dutch Design Week 2008. I think it was not an “urban-art” event, how did you get involved in this ?

Eindhoven is a small city and design is Eindhoven’s claim to fame because of the Design Academy etc. Luckily there are quite some other events during the DDW not directly related to the ‘ pots and pans, chairs and tables’-design, but places where there is a different touch. One of these places is Freek Lomme‘s Onomatopee and his Your-space. He did a lot of the arranging so we were lucky to produce the book.

Actually I think it’s good it was not related to an “urban art event”, it’s good to see genres mix, I never liked that art is only about art, urban only about urban, hiphop only about hiphop etc. There are good and bad things to find in all fields. 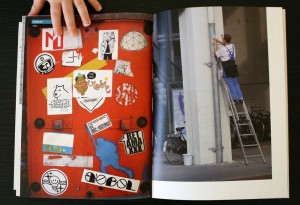 What was your aim with this book, to make a kind of photo album of the last 10 years in Eindhoven ?

In a way yes. Like a scrapbook should be…Me, space3 and Crackrock wanted a good overview of certain people and certain works that had an impact on Eindhoven’s streets in the past 10 years or so. Next to that of course there are also more traditional tags and old electricity boxes with tags still visible after 15 or even 20 years. Most of these were buffed just recently, so in a way the book shows the ghosts of a past era, and also shows the constant battle with the citycleaners. Also it’s good that a lot of things are put together in one book, unlike big cities there are not so many people constantly going in and out of Eindhoven so a lot of nice things never were seen. 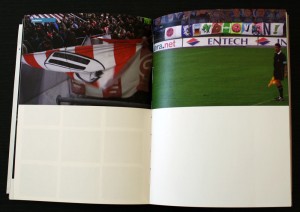 The curator of the exhibition gives a few explanations in the book, but according to you, what made Eindhoven scene special ?

The fact that a lot of people with different backgrounds met in a similar field; producing stuff in the streets that challenged each other to make more and different work. A constructive vibe instead of losing too much energy battling in a negative way. More traditional graffiti always existed next to other expressions, people did both art or design and graffiti and crosshatched these fields. On a personal level all these different people always relatively got along quite well, it’s a small place it makes sense. 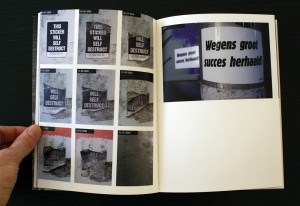 What does Eindhoven look like today ? Is it all buffed ? Are there interesting new comers we should know ?

Yes…it’s mostly buffed and kept clean. Like most other North-European or at least Dutch cities there is apparently enough money to spend on city-cleaning, and it’s done as a “safety measure”; people feel unsafe and the best way to lighten that feeling is a superficial one. Nothing really changes, it looks and feels “better”, so that makes all the difference. It makes sense I guess in a society that is so much about appearance and looks.

Still people do things so there is still stuff to see, but it’s not as vibrant as before. In the bigger picture it makes sense that things change after a 10-year span. 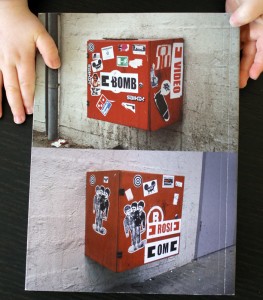 If I visited Eindhoven, which are the places I shouldn’t miss ?

Definitely check out MU, an art space with good contemporary art and changing exhibitions as well as the Van Abbe Museum, look for Arnol, the loudest streetpreacher ever in the center city, he will give you Jesus’ blessings personally, drink a beer or fifteen at the Lafolie-bar, go to Motta artbooks, break a leg in Area51 skatepark, get your infamous Dutch-cuisine lunch at Dik & Lang, try to be at a Stroomhuis-party, and that should be enough for one day to not come back in quite a while… 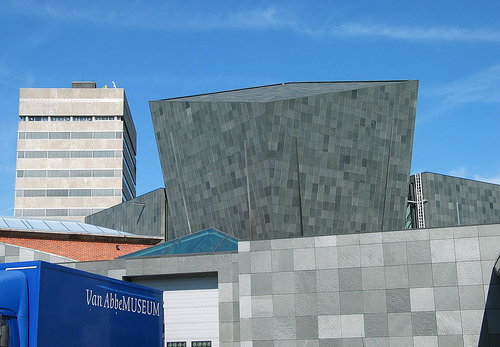 We are at the end of an era for what was called street-art last years. Are you still interested in the current scene ?
What artists are you currently excited about?

I really like Influenza‘s ongoing experiments in the research of using and abusing our cities and it’s public spaces…I still can’t get over what Mischa Leinkauf and Matthias Wermke did with their film “zwischenzeit”, it’s so good. Did you see Blu’s latest visit to Barcelona? I saw some beautiful stuff from Adams some time ago that make you realise how far some people push things…Ofcourse it’s interesting to see the developments ( or lack of developments) by our beloved (or not so beloved) streetart superstars and the famegame and moneymachine around it, some change in just a decade! Next to that there are so many things happening it takes too much space to type down…not only in street-related fields but in general. The more you see the less you know… 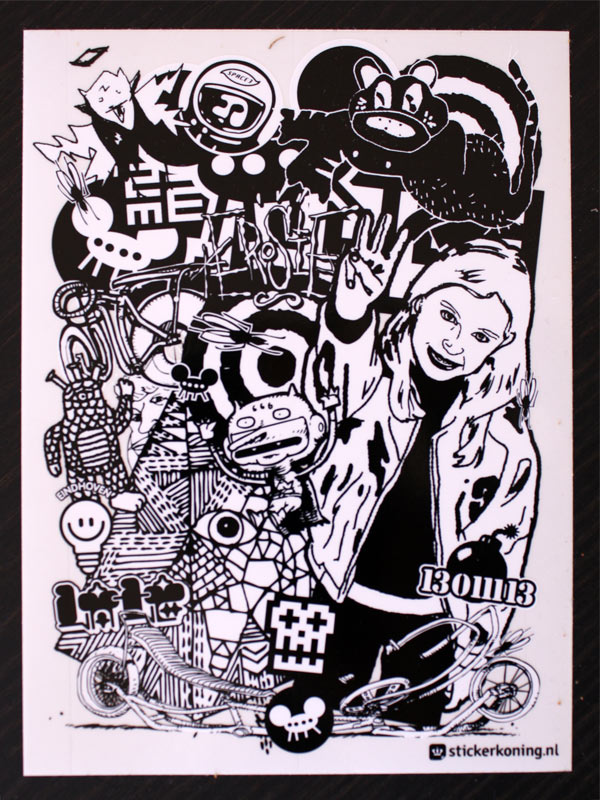 Is there any project or collaboration you would love to do but still nobody asked you to ?

I would just like to find a way to bend time a bit more in my advantage.
If somebody can help me with that, that would be really nice.