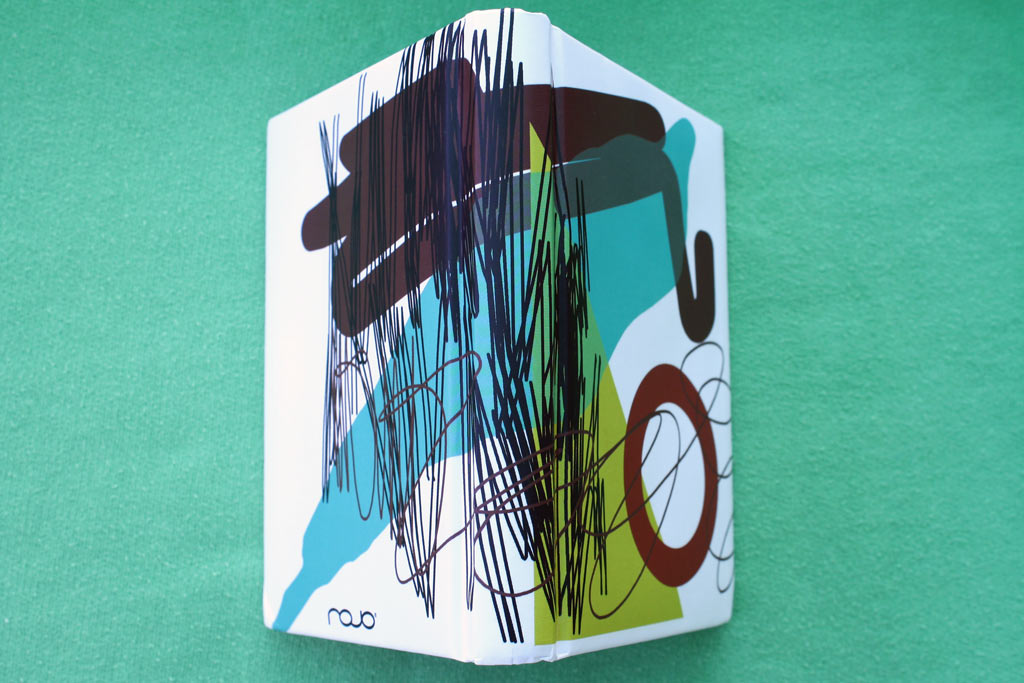 If you were French, Momo would be a short name for Maurice or Mohamed. Where does this name come from? Where are you from Momo? What five words best describe you?

I’m sure that MOMO sounds better in French.  Its just a silly nickname.  I’m from San Francisco, all my family is; three generations on both sides, but I live in Brooklyn now.  A friend from high school sitting next to me wants to say: “icon”, “positive”, “loves to laugh”, “stylish”, “obsessive” to describe me, but its with a dry sense of humor (and more than 5 words).

Your work is often a mix of clean and sharp shapes and some more spontaneous/random shapes. Does it reflect something about you; a fight between order & freedom? a split personality : Mondrian vs the Sex pistols?

I think you’re right.  I made loads of drawings while in Paris from medieval tapestries that feature crumbling castles (Armageddon imagery) in 2003.  It was “order and disarray”, and since then its interested me.  Entropy… we’re doomed while we’re uptight, and its a confetti party if you let go.  Or how hard I worked all my youth to draw well and now I do scribbles and blobs(?).  There’s also anger, & seeing order destroyed feels good, for stupid fun, and also smart revelation, ’cause order is superficial. 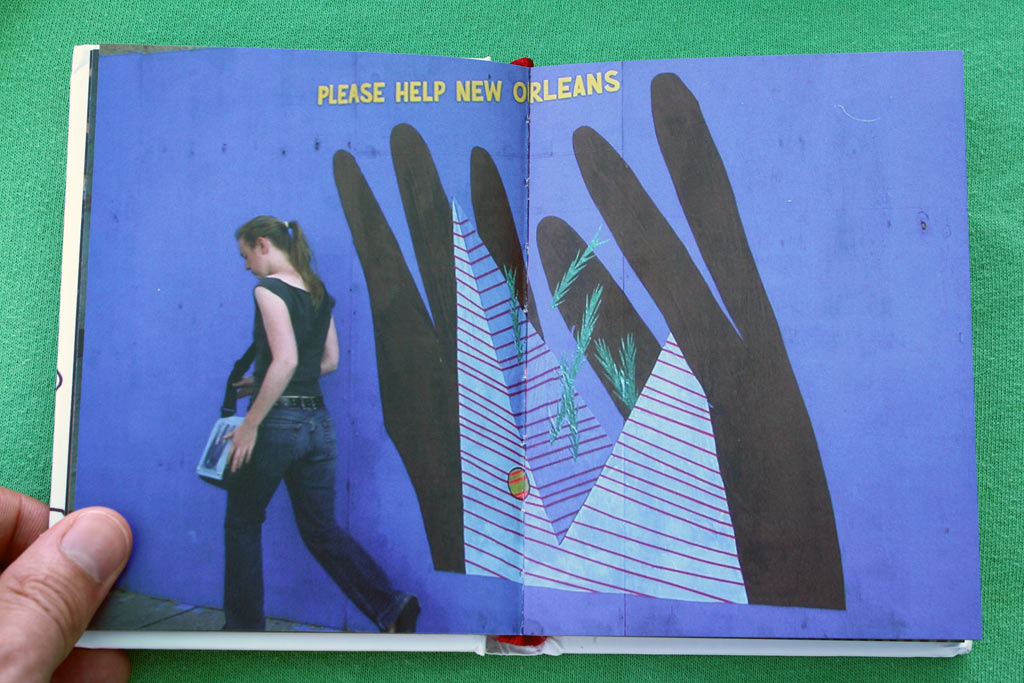 Your work is often based on pasting many geometric colored papers. Do you know where you will display your work when you are working on it? Does the final work look always exactly like what you planned in your studio, or does it change a bit when you paste your material? It looks exactly how I plan it.  I’ve tried other ways, like carrying cut paper that could fill any space, like 100 cut dots or stripes, then spread them like paint anywhere. But I enjoy having as much as possible thought-out, and really collage is not so flexible.

Who is your art for? When did creating art become something important in your life? My art is for anyone at all (seriously, that’s the best), but not everyone.  I was hooked at age 3.  The weird experience was: I was making kids drawings, like wishing I had access to video games: so one character shoots another and you scribble them out…. then I wished I had a camera, so I made drawings to look like photographs, with foreshortening, cropped elements- and adults freaked out.  I thought that was pretty cool. 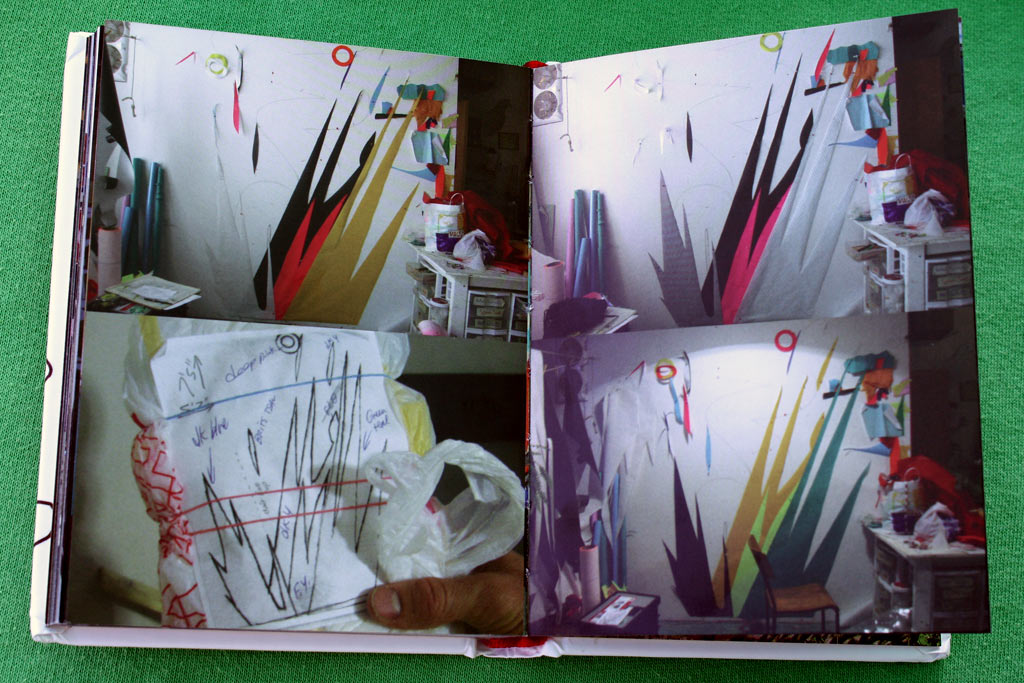 There are trends in graphic design and art: Pixels, Deer antlers, drips, stencils… Fluo colors & rhombi were pretty popular recently. Do you feel close to this 80’s revival?
Yikes, no way, none of it.  Its sexy, but I came to the loud color thing from time I’d spent in the Caribbean.  My inspiration is their self taught wide-open use of color, I’d like to avoid “Pop”, retro or otherwise.

You have collaborated with El Tono. Can you can tell us a bit about PLAF ? Do you feel similarities with El Tono’s work ? Are there any other street-artists you would like to collaborate with? There are plenty of artists I’d love to collaborate with, they’re in my links mostly…  Eltono was the first minimal/abstract/conceptual type of public space artist I’d seen.  Sam3 put me on his work in 2003 while I was sill busy illustrating things, & I was interested but didn’t get it.  Plaf was planned a year in advance.  We wanted to try something experimental and large in NYC.  Zosen, Marie Lorenz, and I had built something in the middle of the East River (facing Midtown Manhattan), in 2006 & it felt like the “new” place to try things.  So ‘Tono & I borrowed a tiny inflatable raft from Marie, and worked on sculpture in the river(s) all summer, 2008.  We decided these should be moving-changing-powered by the tide and current.  It was a lot of work, filthy, we were busted once/very nearly twice, but it was completely fun, full of discovery. 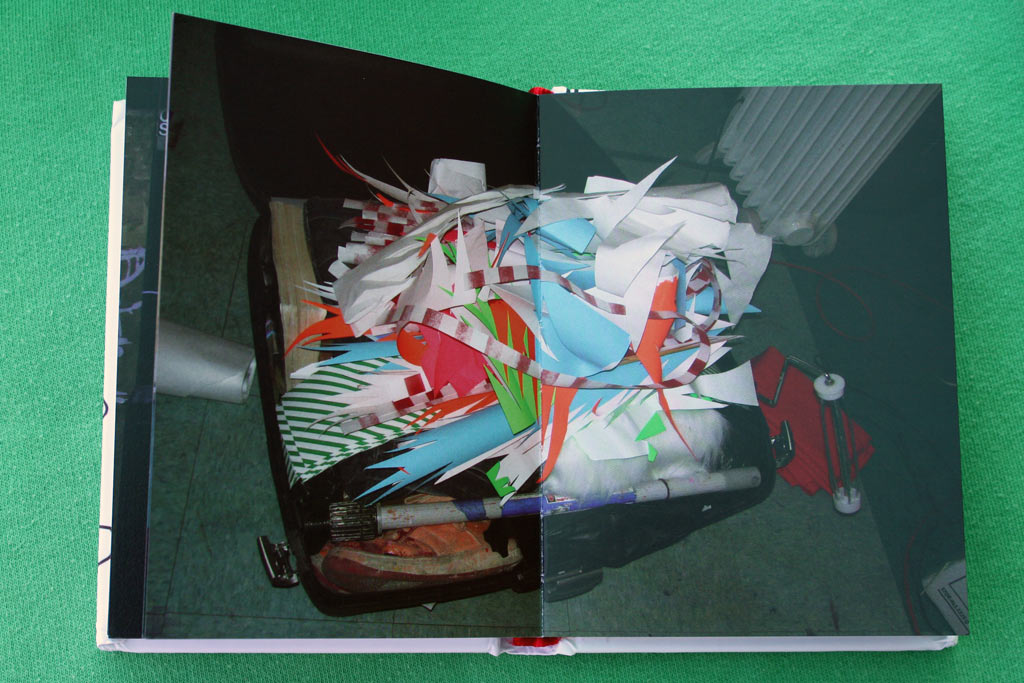 I asked you about your name, I’m sorry to ask so un-original questions, but I’m a bit obsessed with names, titles & slogans. The book you just have released is called 3AM-6AM. Why such a name? Can’t you sleep at night? Its the best time to go out.  Between night and morning.  Its a little different in each city, day of the week, time of the year.  But generally everything in the book was made in, for, and with, that time, which is like the weirdest, quietest window. 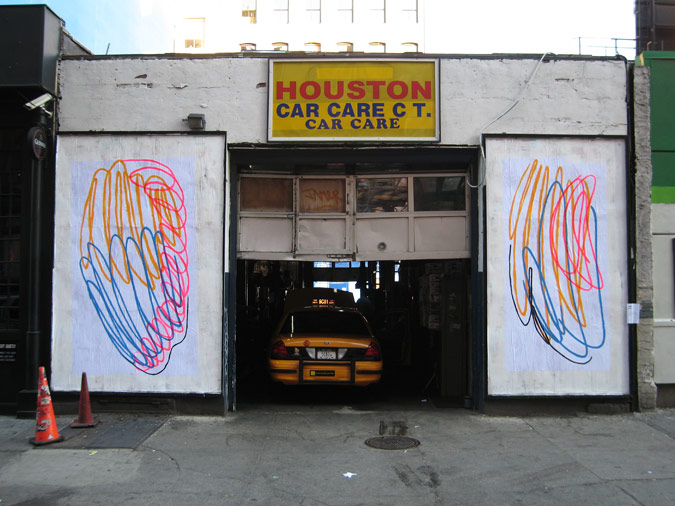 The book released by Rojo, is a photo selection. Do you shoot a lot? Was it difficult to choose the images? It took 3 months, finding photos, making any sense of them, choosing, then ordering.  I was thinking sequentially after so much work straightening out the story, when David at Rojo convinced me to mix it up again for interesting connections/relations.  And that was pretty cool/revealing.  I’ll photo much more now.  If you don’t have the photo, its like it never happened.

What is your worst addiction? Coffee. 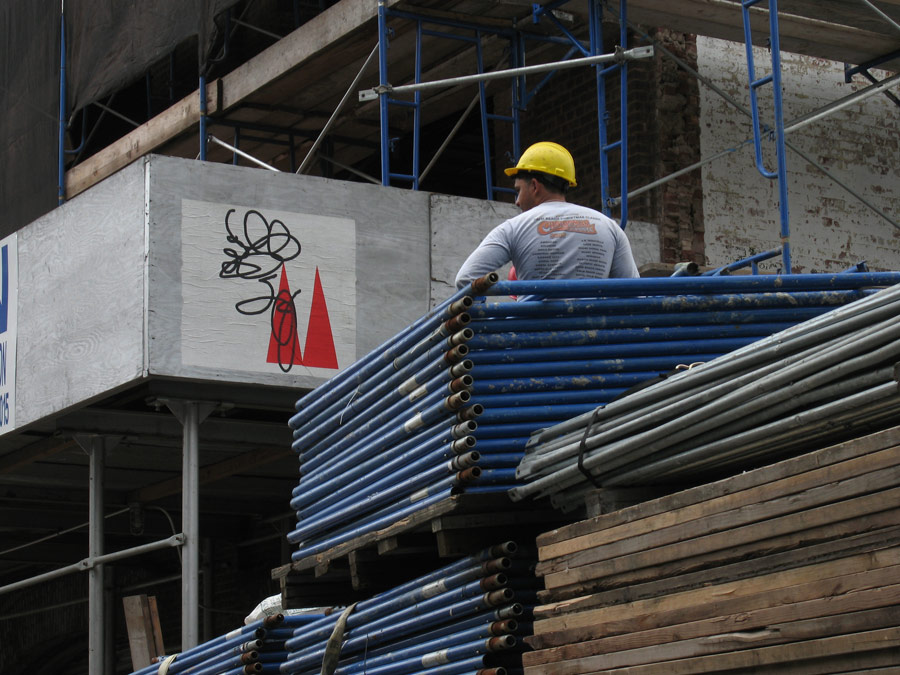 Could you tell us which were the last records you played at home? iTunes says it was Neil Young’s “American Stars n Bars“, Ducktails “Ducktails”, and we were just listening to some US Maple.

I’d like to give a big thanks to everyone involved in making the book happen- colaborating artists, Rojo, & friends. 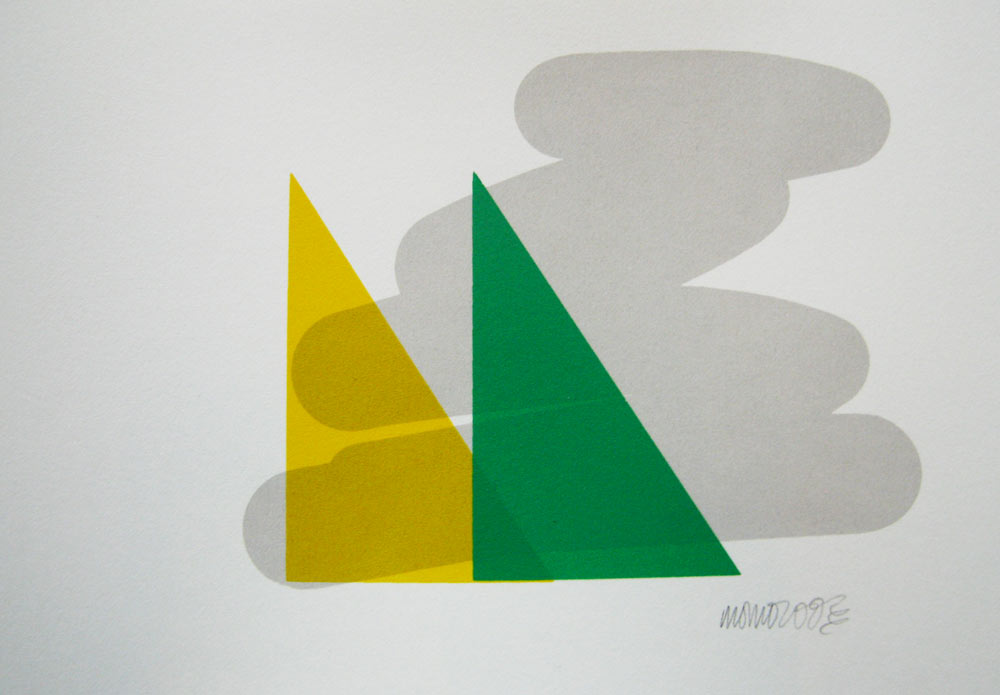 Fra Biancoshock about Globalization in Prague

Daily photos: Fra-Biancoshock interpretation of the concept of globalization, which spares nothing and no one, not even those who have nothing in Prague + Nelio in Portugal + a zombie…