Message from Filippo Minelli formely known as Another Brixia:

I’m actually in Nouakchott, the capital of Mauritaine, and as you may know yesterday the army made a coup d’etat. 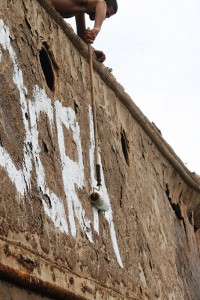 I’m passing in Mauritaine following a route through Western Africa, and for an unknown reason some days ago i stopped in Nouadhibou boats cemetry to make an painting on DEMOCRACY.
I chose the cemetry to represent democracy as a smashed boat, still quite strong even if full of leaks and unable to go far from this point.
This is not my opinion, but the synthesis of a high-level international philosophical dispute with subject “Is Democracy, with all his contraddictions, the best political solution?” 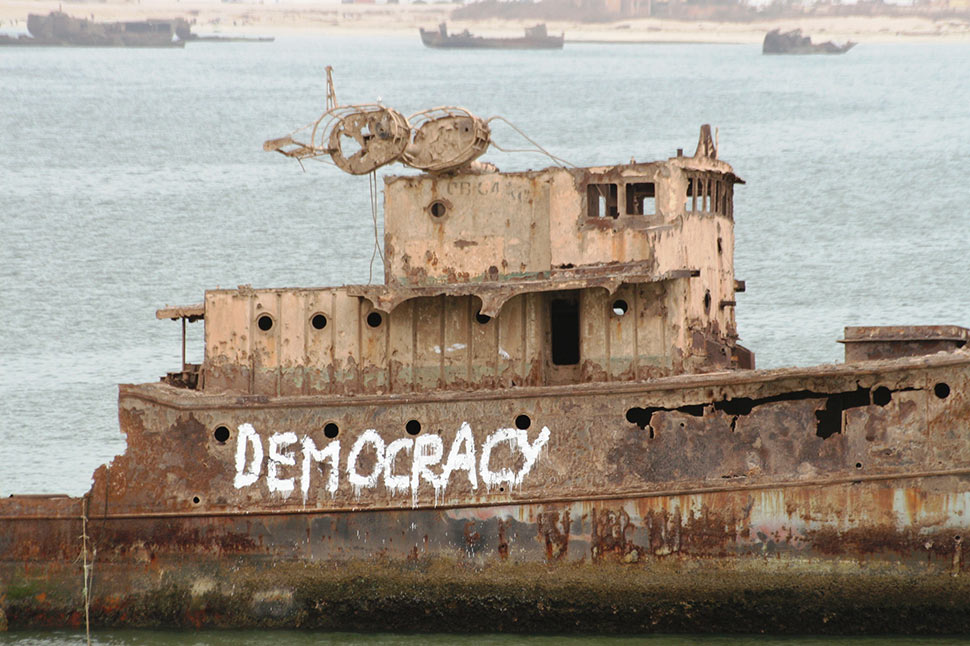 But then, minute after minute, as the army closed the airport, the tv, the radio and put in jail the President with the Prime Minister this word “Democracy” i wrote, completely un-linked to the Mauritaine politics became of huge actuality, as Democracy here right now is a smashed boat in a sea of garbage.
The most crazy thing about this performance made by the fate is that on the boat i painted i met four young boys, cutting the boat into pieces to re-sell them, and yesterday after one week they were probably smashing with their hammers what i painted, sad metaphor of what the army is doing here in the capital, smashing Democracy, and not even to re-sell it.
All the best and good luck 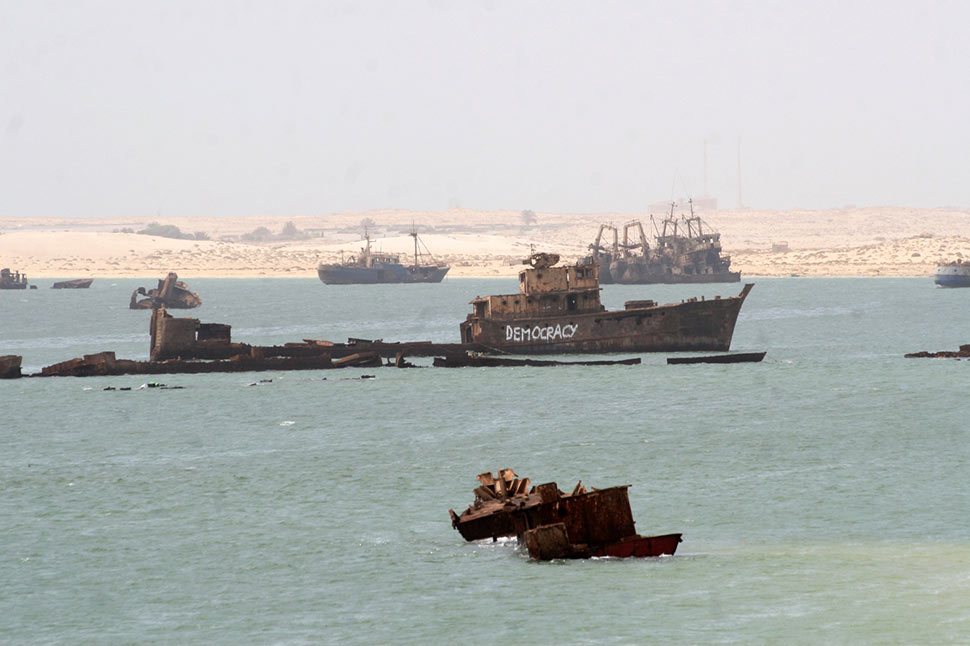 4 new minimal pieces from CT in  a recent abandoned building in Torino.