New interventions by the super discreet and talented SUE from Madrid.

“Less chains and more party chains” by Dosjotas in Madrid. 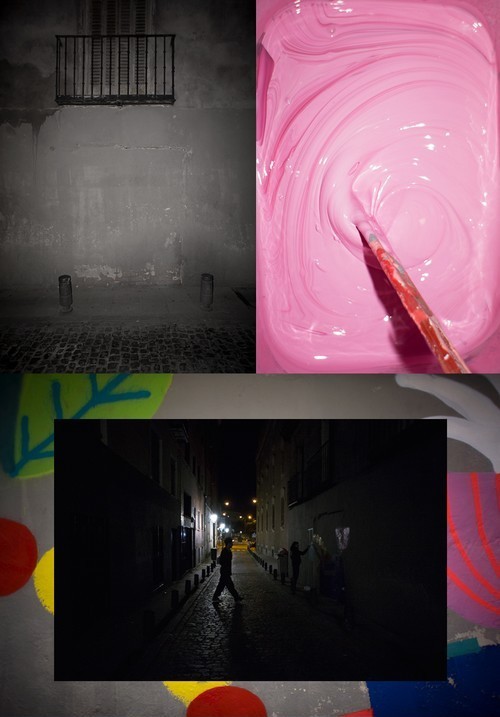 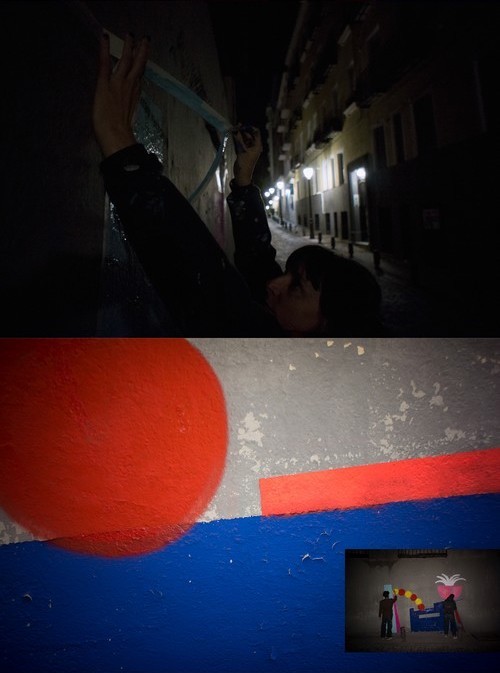 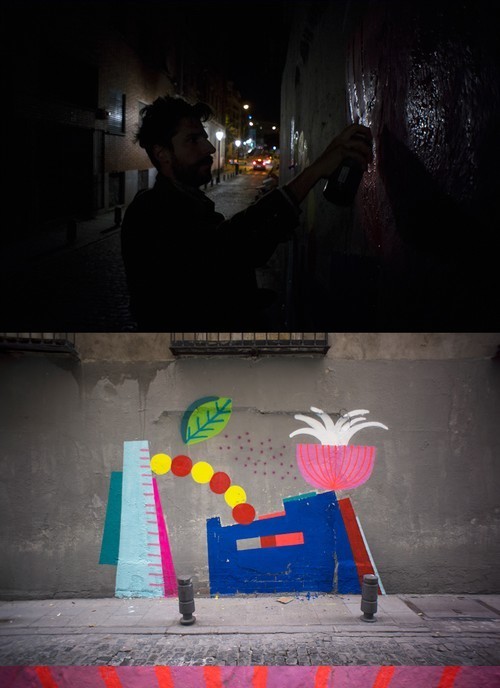 GLUB from Madrid spent the whole month of February 2014 drawing non-stop. You can now download his sketch book [pdf] and see some of the actual pieces here.

New SpY intervention in Madrid with the collaboration of a homeless person. After spending several hours with the sign, there was a significant increase in public attention and donations. More explanations here. 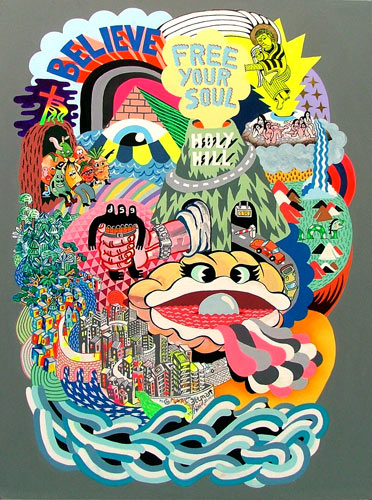 Before Madrid you lived in the north of France, when did you start painting?

3ttman: I’ve been painting and drawing on canvases since I was a kid, it’s only when we decided to create an association to promote the northern culture called Drive59 with Remed that we both started interacting in the streets by pasting some handmade stickers around Lille, Remed was sticking eyes on the billboards and me I created the three headed character called “3TTMAN” whom I was sticking in different situations. That was in 1999 I reckon. By there I met the street and got addicted to it, everyday I’m more conscious that it’s the public who brings your pieces to life and that there is no better place for that than the streets.

There is now a very small community of French people living in Madrid (i’m thinking about you, El Tono or Remed). How did you arrive in Madrid, and why did you stay?

3ttman: I arrived in Madrid 8 years ago because i knew the city from some friends and had a place to crash here, then I met El Tono with whom we entered in the studio NOV9 and Remed came too a year ago…It’s funny because we often have that talk the three of us and we altogether agree that what we like about here the most is the “Spanish’s Street Life”… It seems that most of the social events are happening in the street, I like the relationship it creates between people as it makes it classless, spontaneous and vivid, I find them more relaxed than in other country I have been. To me, the city represents the perfect mix between “socially developed” places (as we understand European ones) and the chaos of what we call third-world countries that allows a place to craziness, “rien à foutre style” y fiesta…mucha fiesta! 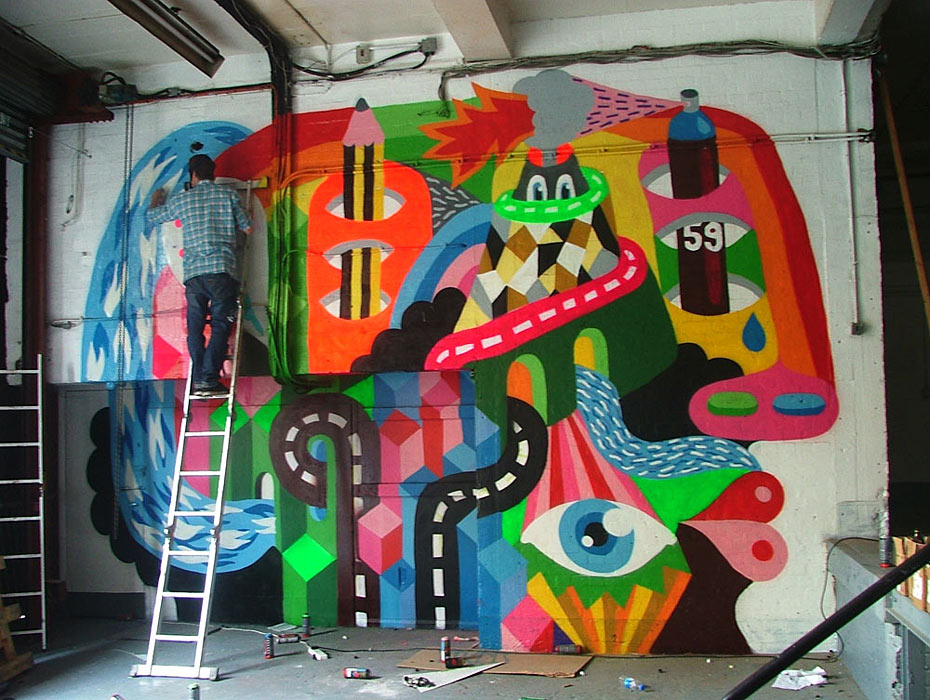 Did your friends from Madrid influence your work? I’m particularly thinking about the shiny colours you use. And can you go into further detail about some of your influences?

3ttman: I think that the use of shiny colours is not due to any influences it’s more related to my personality and what I want to transmit to the public which is good vibrations, fun and happiness…
And YES, I’m definitely influenced by my mates: on a graphical level, with Remed for example as it’s been many years painting together, I really like El Tono’s approach in the street and the way he creates an interaction between the public and his pieces and I enjoy Nano4814’s imagery too and the capacity of building his own universe. Referring to painting, I’m mostly influenced by classical masters (Picasso, Matisses, Dubuffet, Léger, El Bosco, Miró…), my trips and the cultures that surround me. 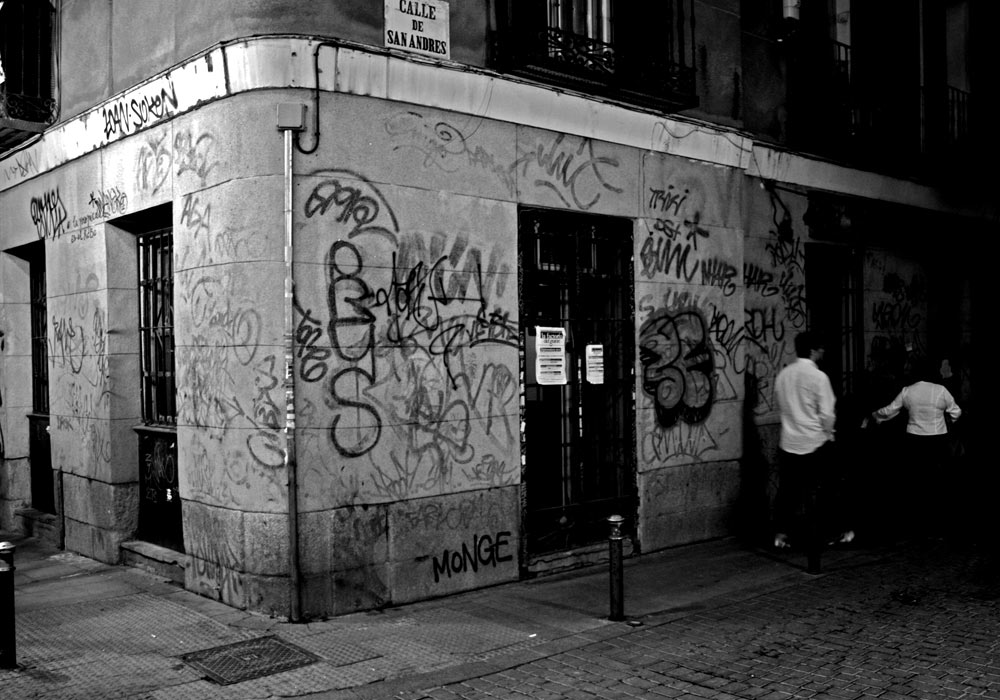 We all know that Barcelona changed a lot last years, is Madrid still a good place for painting in the streets? I heard the city spends a lot of money to clean graffiti.

3ttman: I sometimes clash with the madrilène’s graffiti artists because I usually say that it’s easier to paint here in the street. They have been trying to impose the “Tolerancia Cero” law here too, but every time they clean it’s bombed again and again… Maybe it’s not easier, maybe it’s just the youngsters that are more persistent in what they do!
But as I said before here in Madrid you still have a margin of action to work and express yourself: last week-end I came on an abandoned wall in the centre and painted it white then started with the sprays… police came because a neighbour complained and they just told me that I had to stop. They understood my position and said that if it wasn’t for the complaining they’d had let me do. I came the day after in the morning and finished the painting.
I would never do that in another city because here I know I can at least talk with the cops, explain and justify myself. My experience in France for example is that they put you in jail for the night without even trying to understand your point.
So, yeah it’s getting harder and harder to paint here with the laws and things but still you can find a way. 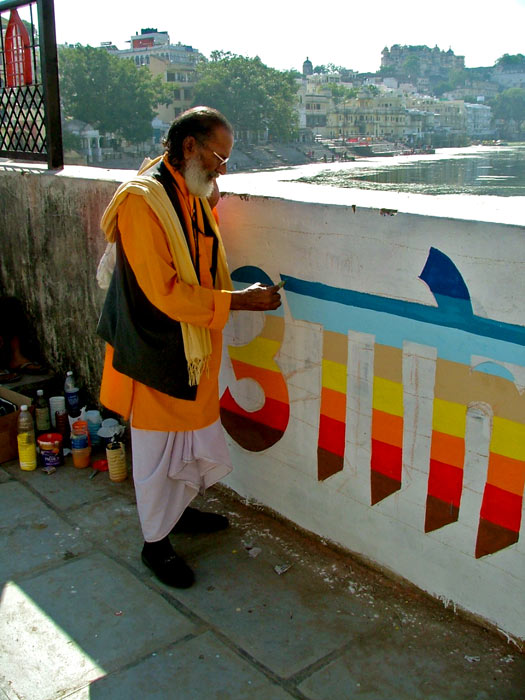 You painted in countries like Marroco or India where graffiti doesn’t  really exist. Do you particularly enjoy cities where people & streets are not saturated by graffiti ? Which city or country would like to visit in the near future ? END_OF_DOCUMENT_TOKEN_TO_BE_REPLACED