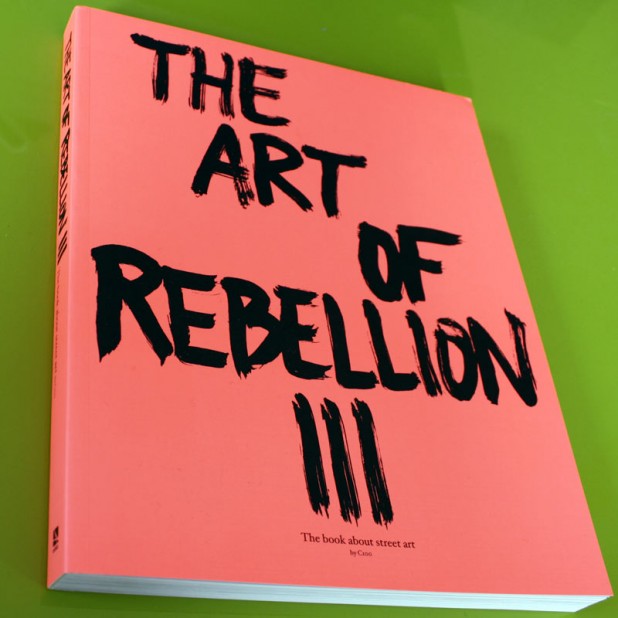 7 years after the 1st Art of Rebellion, you (C100) released “The Art of Rebellion III“.
On the intro of the new book you describe how things changed last years. Your intro is ambivalent. You are impressed that street-art became big & popular and at the same time you seem to regret that it became an industry.

You also painted a canvas with a slogan that I like very much: “Cash Rules Ruins Everything Around Me”. Are you still excited by today’s scene?

Yes, I’m still excited about the scene seen in terms of quality and its space for surprises, sometimes. But I think people who started before it became so popular and trendy witness how it changed from being underground to becoming almost commercial. Don’t get me wrong, I’m happy for many artists that they get paid now for their hard work but, however, sometimes I have the feeling that some artists transformed themselves into labels and became the thing they targeted in the beginning. That’s one of the reasons why I did the C.R.E.A.M. canvas – Money can make people do strange things…

Overall, it’s an ethic questions each artist has to answer by himself what is good for his “career” or not. I don’t want to sound like a preacher and leave it to everyone himself how to form his opinion on this! 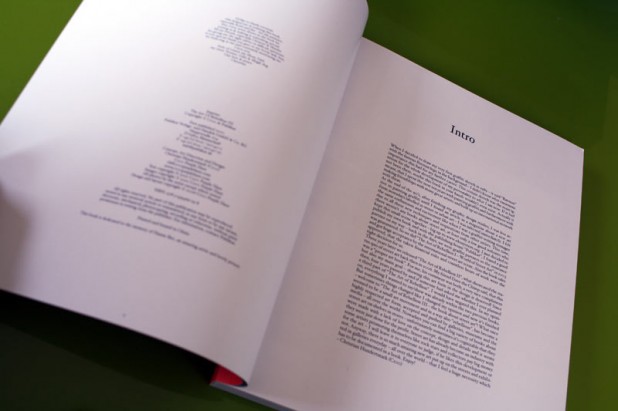 In the 1st Art of Rebellion, most artists were very influenced by graffiti and street-art was quite naive. Work featured in this 3rd volume is much more mature and interesting I think. Do you think that today’s street-art is still related to the graffiti world or is it a kind of outdoor contemporary art?

No, I think in a way street-art still very often has the spirit of the graffiti world, the “Getting up” attitude and ignoring of existing laws for the sake of art. Maybe street art/graffiti is transforming into “outdoor contemporary art” but where is the big difference in this, honestly, aren’t these not just words to describe the same topic in the end? This whole debate is pigeon holing as overall it’s just art, isn’t it? In the end this collision between graffiti and contemporary art helped pushing the level of quality, which is good!

But I agree that the naiveté from the beginning is missing sometimes which I experienced in other fields like Skateboarding Snowboarding, BMX as well. At one point all these subcultures get professional and trendy which leads to the fact that newcomers appear (like toys in Graffiti) who tend to annoy the old schoolers….
I go by the motto: live and let live :) 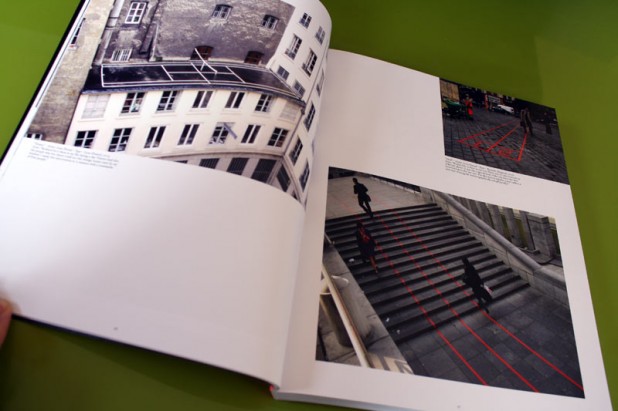 I have sometimes the feeling that today’s scene is run by art-school students & what I call the “street-art bourgeoisie”. Almost all the artists featured in this 3rd volume are professional or are trying to live of their art. Is there still a space for graffiti as a hobby? The book is called “the Art of Rebellion”, are there still rebellion & innocence in street-art?

That’s a tough question, hmm – “street art bourgeoisie” is good name for this, haha!
To answer your question: In some way you can call it rebellious when you are ignoring laws for the sake of art and to wake up people. In comparison to other movements it seems ridiculous to speak of rebellion (i.e. fighting for freedom, against nuclear power).

I think there is still space for it to keep it as a hobby. I can only tell from my own experience. Even though I’m very busy in my jobs as a designer and author, I still enjoy doing street art and graffiti – as a hobby. Having that experience and spirit of graffiti has a massive advantage compared to being “just” an art school student who now thinks “this is cool” as your motivation comes more from the heart. For me subcultures like Graffiti, BMX & Skateboarding helped me grow up to the person I am and, thankful for that, I do my best to give something back to these cultures in showing the public the beauty of it. 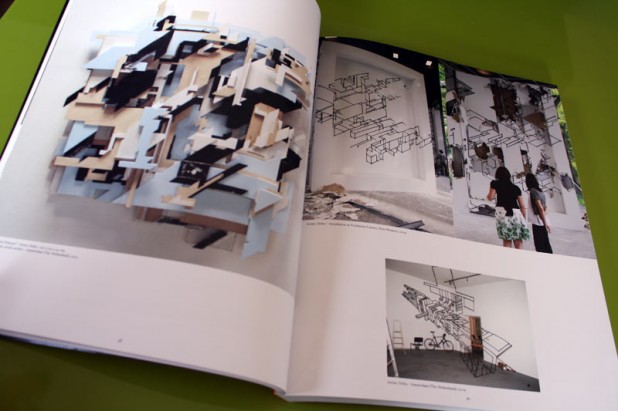 Is there an artist that you would have enjoyed to include in the book, and for any reason isn’t?

Yes, Steve Powers, he had his reasons.

Would you like to make a 4th Art of Rebellion?

I remember when doing #1 I never imagined to do #2, same goes for #3. After this development I’d say that #4 isn’t unreal but no one knows when. 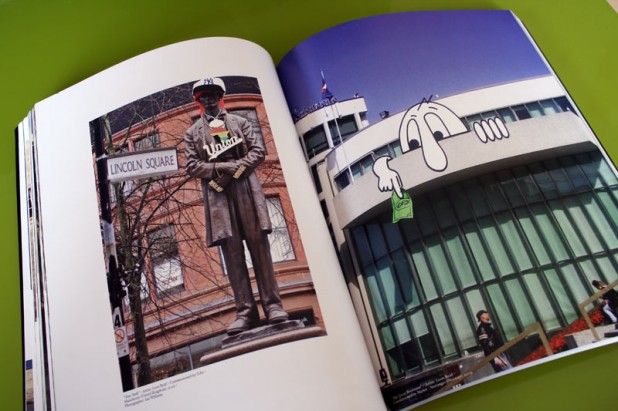 You also run a book collection named “Part of Rebellion”. I think you released 3 books: Flying Fortress, Erosie & Dave The Chimp. Can we expect to see a new one?

We worked on #4 about Kid Acne but decided to finish “The Art of Rebellion” first. We’ll see.

You live in Munich are there some local artists we should know?

Hmmm, most of them you probably know already: Flying Fortress, Sat One, Mr. Burns and Benjamin Röder.

Thanks for taking the time to have this little conversation Christian, Any last words?

You are welcome, eko. Thanks for being one of the main hubs in street art since day one!
Keep on keeping on! Peace, C100. 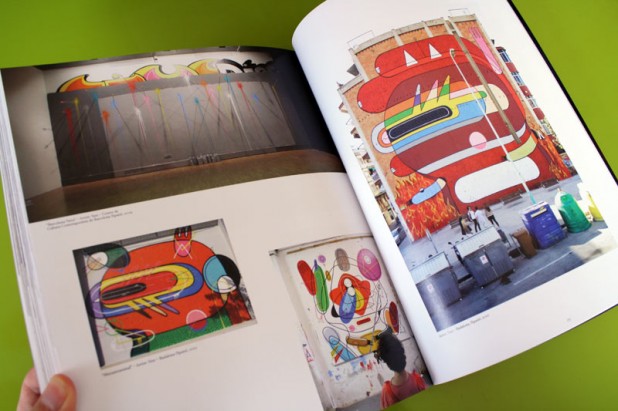 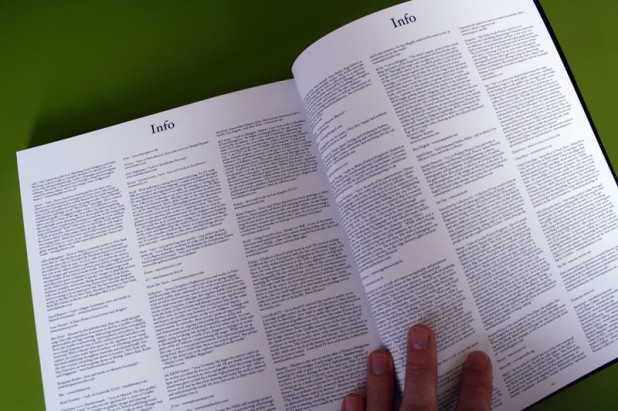 The Art Of Rebellion 3
the book about street art
C100 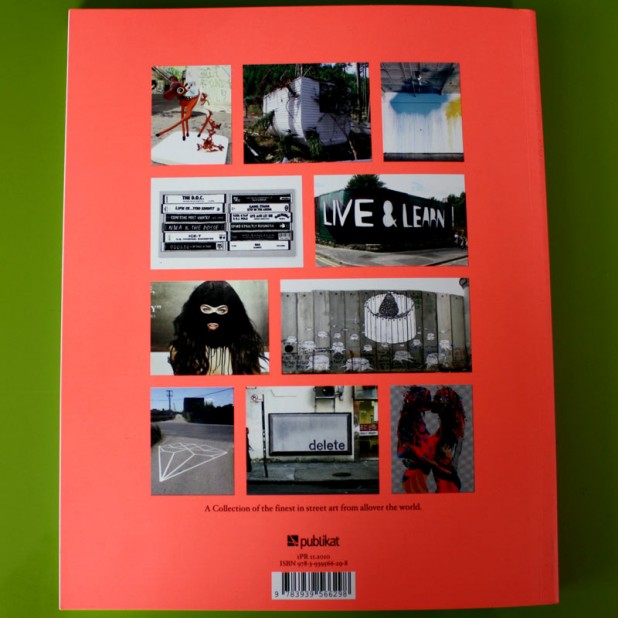 Interview with ABIK from Italy

Please, tell me a few words about yourself. When and how did you discover graffiti?I’m from Italy and I started painting in 1994.I was just a kid but I already…

I took the opportunity of Gualicho book release to ask him a few questions. All the illustrations come from the Gualicho book printed by Belio for their Die Young collection….